Today, I come here with another mini-tutorial to make programming on Windows a little easier with the help of the WSL 2.

Imagine you are developing an API, web app, website, etc. on your Windows machine under WSL2. For example, in my case, my own website. I use the React framework Next.js, and yarn as package manager, so if I want to start the development server to check my site I just do:

With the above command, the development server will start and listen on port 3000. It will serve the page to every device that can reach it, as it's serving the site on the 0.0.0.0 address by default.

Then, if I visit localhost:3000 on my Windows machine, everything works. The server returns my live website. However, what happens when I try to open my live site from my mobile phone? I navigate to <my_windows_local_ip>:3000 and then 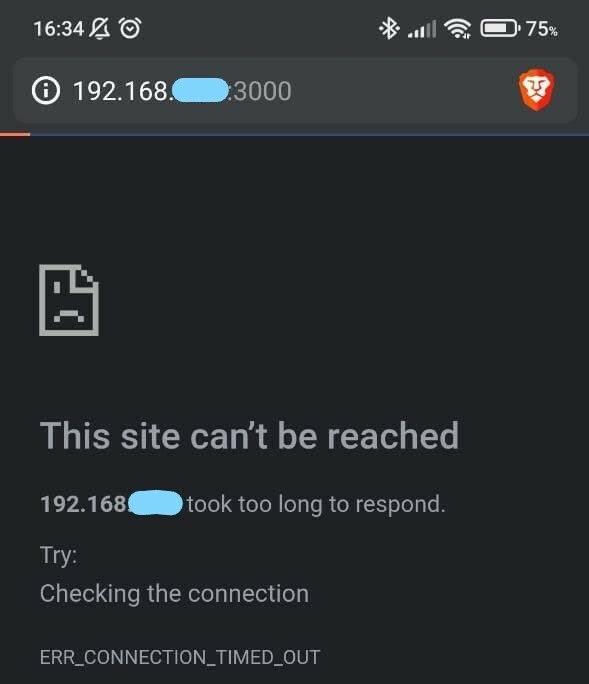 WSL 2 creates a virtualized Ethernet adapter with its own unique IP address, so in fact it creates a NAT between your WSL instance and your Windows host computer. So to be able to access to applications running in your WSL from within your Local Area Network (LAN), you must port forward the desired ports.

The solution is to add a port proxy in the Windows Firewall, so we open a PowerShell terminal with administrator rights and execute the following command:

You can get the WSL virtual machine IP right from PowerShell, by executing bash:

Or the same from within the WSL instance:

After executing the netsh interface command in an administrator PowerShell, the server can now be reached without further configuration needed, nor restarting the server. 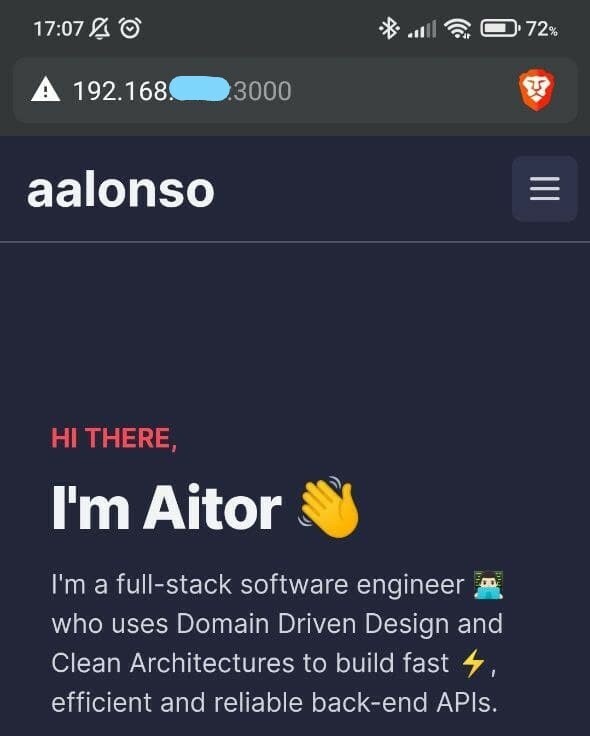 Bonus: a PowerShell script to simplify this task

The IP address of the WSL VM changes every time it reboots (like when you power off your Windows), so if you have already added a port proxy for an IP address, it might not work if you restart your computer.

I have created a PowerShell script to simplify this task when you need it to be done. You could also configure a Windows task to execute this PowerShell script on every reboot, if you also start WSL on boot (because WSL needs to be launched to get its IP address). Or could be a way to executing it from WSL once it starts. I'm not explaining here how to achieve this, as I don't have configured it that way. I don't usually access apps running inside WSL from my LAN, so when I need to do this, I just execute the following script in an administrator PowerShell terminal (explanation below):

What this script does is:

If there is the first time that you execute this script, or you have added a new port, you can get a lot of not found messages. These are normal warnings that you can safely ignore, as these occur because the script is trying to delete non-existent firewall rules (first time execution) or port proxies (when you add a new port).

I hope this serves you to improve your developer experience in WSL and make you more productive. See you soon!

--
(You can find comments to this article in dev.to)